The trekking trip to Dai Binh Mountain in Bao Loc at the end of the summer was memorable because of the companion of Bui Van Ngoi – one of the first three Vietnamese to conquer the “roof of the world” – Mount Everest (Nepal) in 2008. .

It is known as trekking but this is just a “light trekking”, because in our “expedition” group, there are a number of girls, 8, 9 year olds, who are pretty and used to live in urban environment. The main point of this trip is Dai Binh Mountain, about 10 km south of Bao Loc city (Lam Dong province). This is considered an ideal place to hunt clouds at dawn and admire the panoramic view of the remote tea city, at an altitude of 1,000 m above sea level. 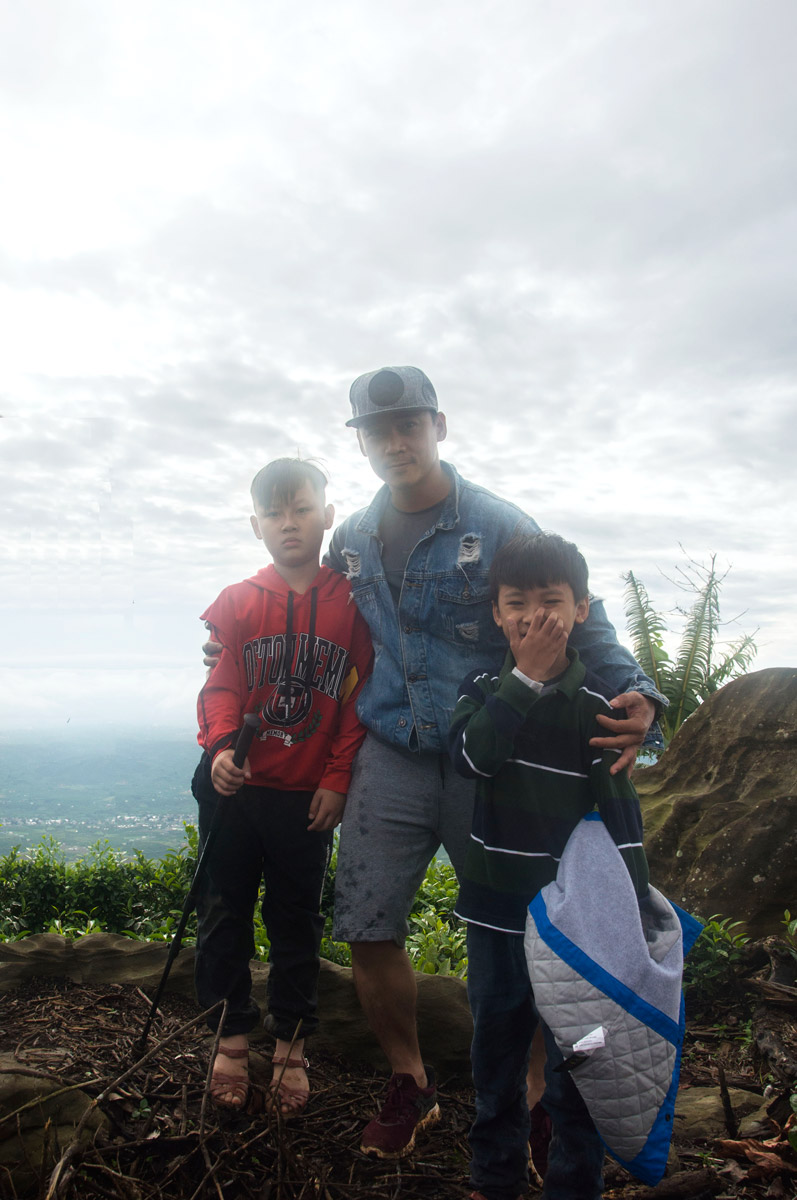 The person who guides the climbing trip for the children is uncle Bui Van Ngoi. The touching story of Uncle Ngoi’s journey inspired the efforts to train the children on their journey to conquer a peak just within their reach. They call him by his daily nickname, “uncle Teo”. 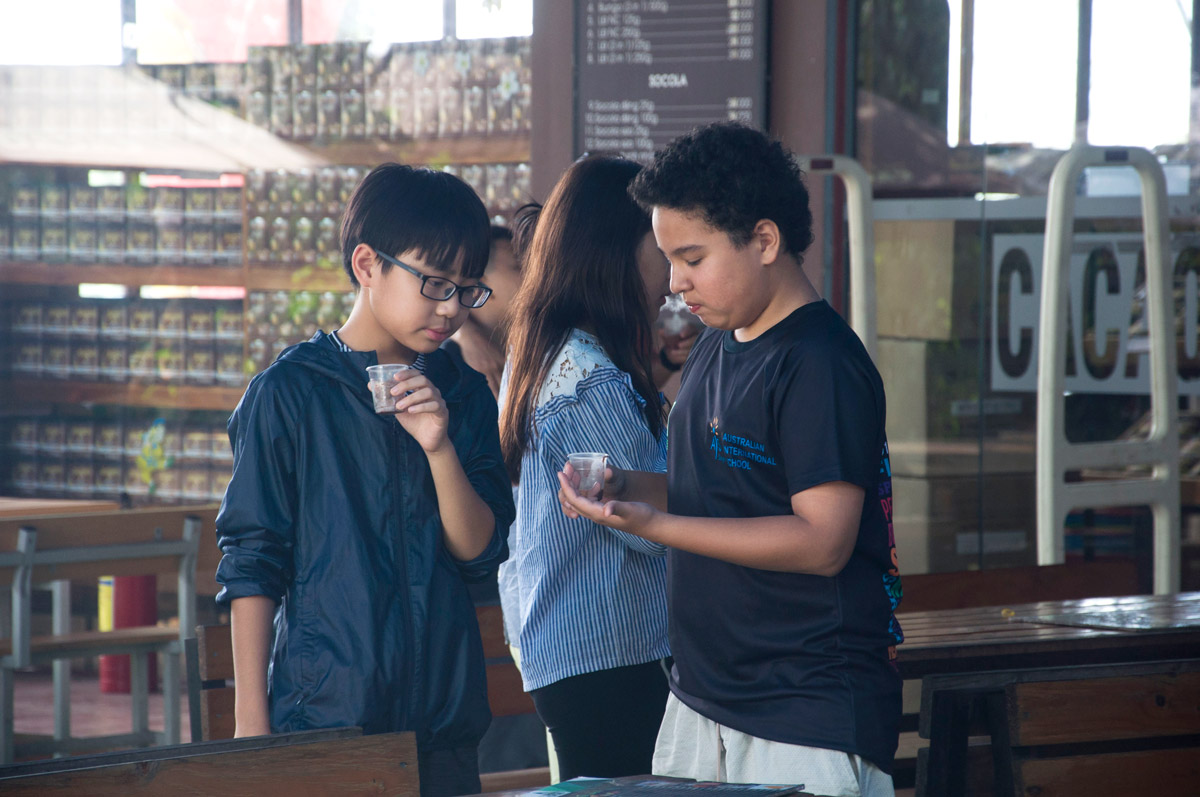 On the journey from Ho Chi Minh City along Highway 20, before entering the road to Dai Binh Mountain, we visited a cocoa plantation and production facility.. 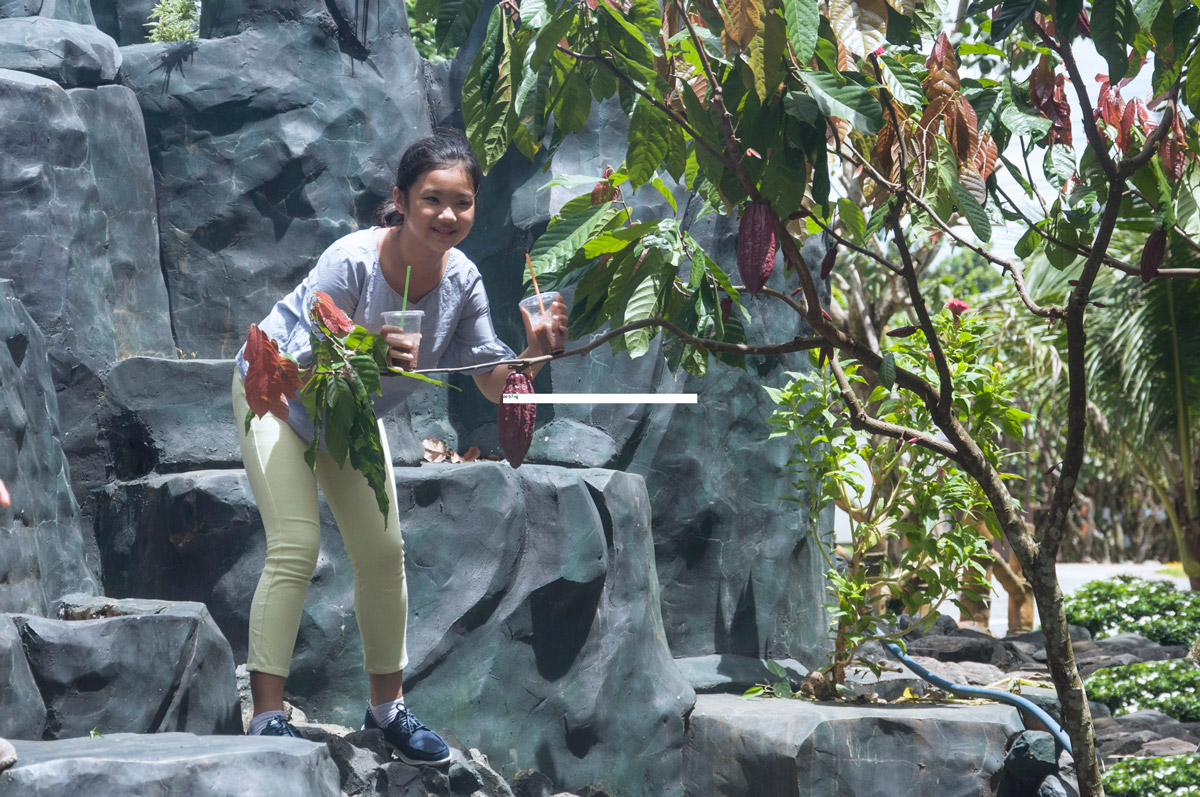 Drinking a glass of iced cocoa is very tasty and flavorful. Afterwards, the group had lunch at a K’ho’s house when they first touched Bao Loc territory. 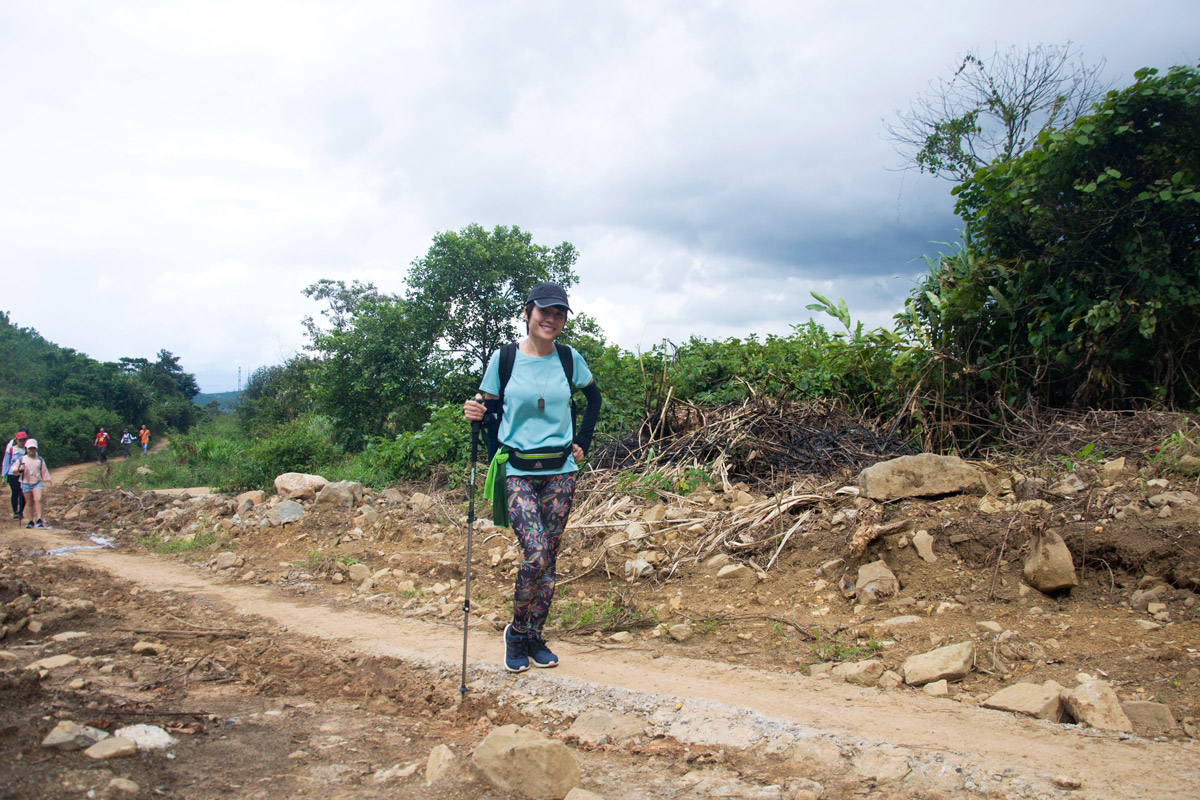 Also along Highway 20 to the turn into the road to Dai Binh Mountain, we drove a little to the foot of the mountain. We park here and start climbing, at 2:30 PM. This place is located in the area of ​​So Ven, P. B’Lao, a suburb of Bao Loc city. 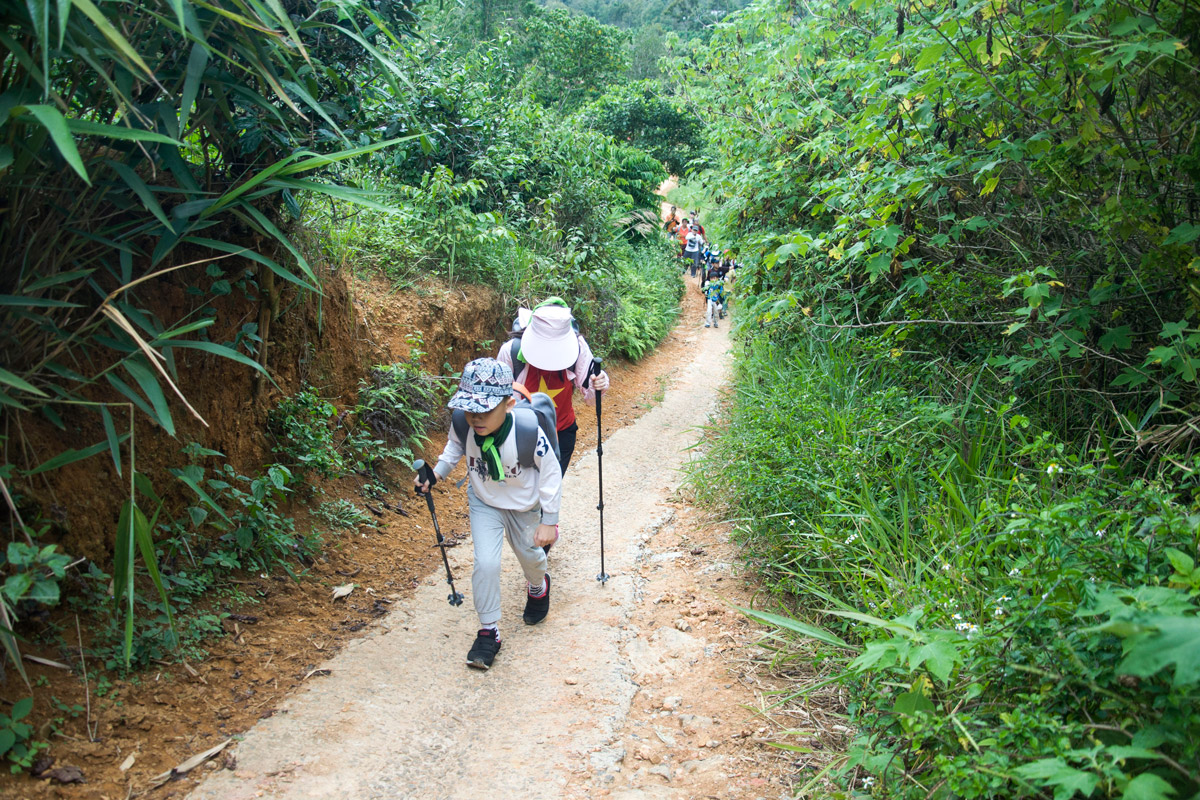 We walked along the path, the first part covered with cement, towards the tent with a distance of about 2.5 km. 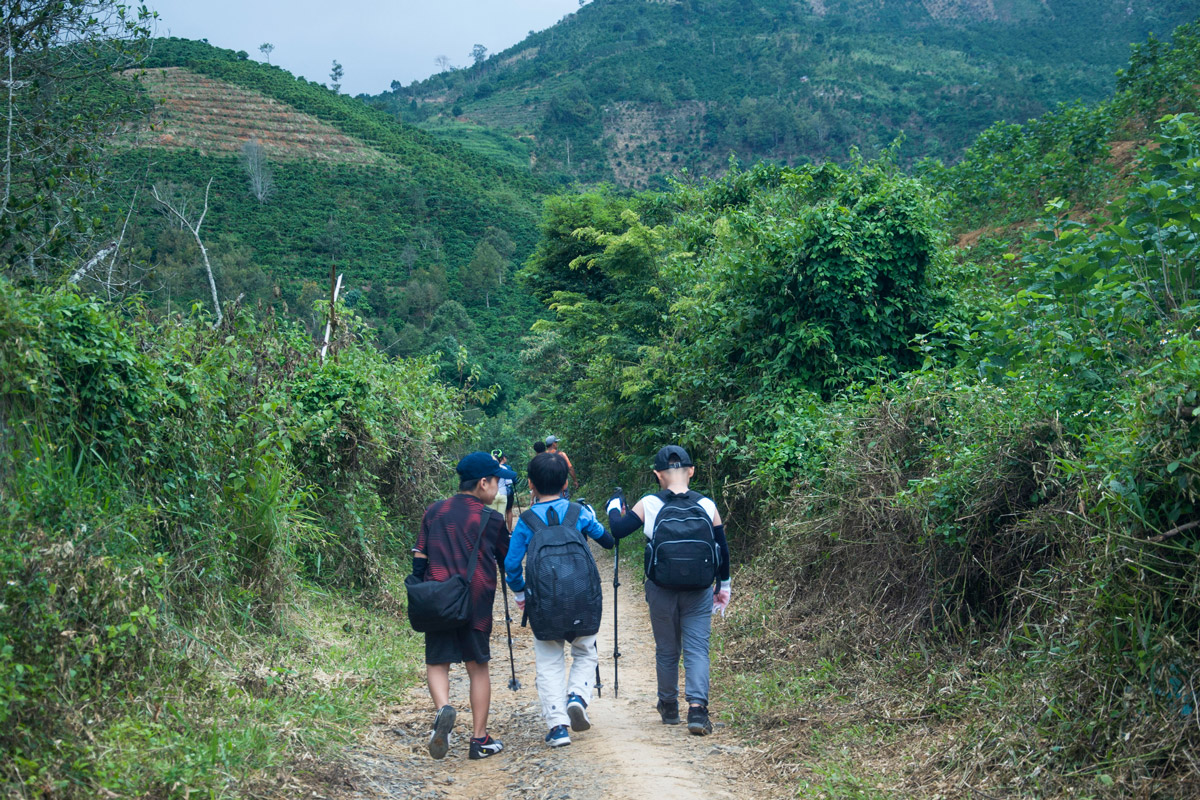 Children are guided to go slowly to preserve strength for the journey. People are equipped with lightweight items with raincoats, pointed metal sticks, helmets, knee pads on hands and feet. 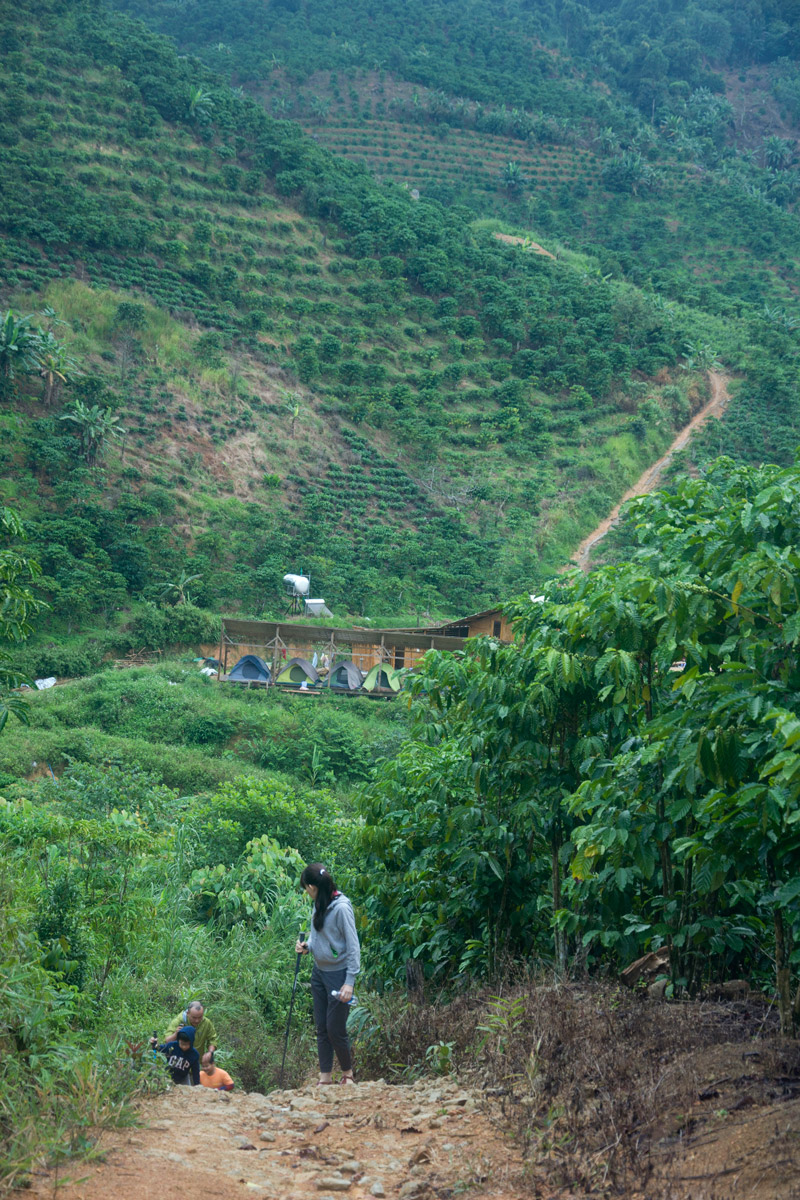 At the end of July, Bao Loc often rains in the afternoon. The rain was not too big, enough to create a little challenge for the little guests that afternoon. Partly the wind, the rain fluttered, the young faces welcomed the fresh, natural wind and rain, the shoes were covered with red soil, the footsteps slowed down a little bit, being careful to avoid slippery. 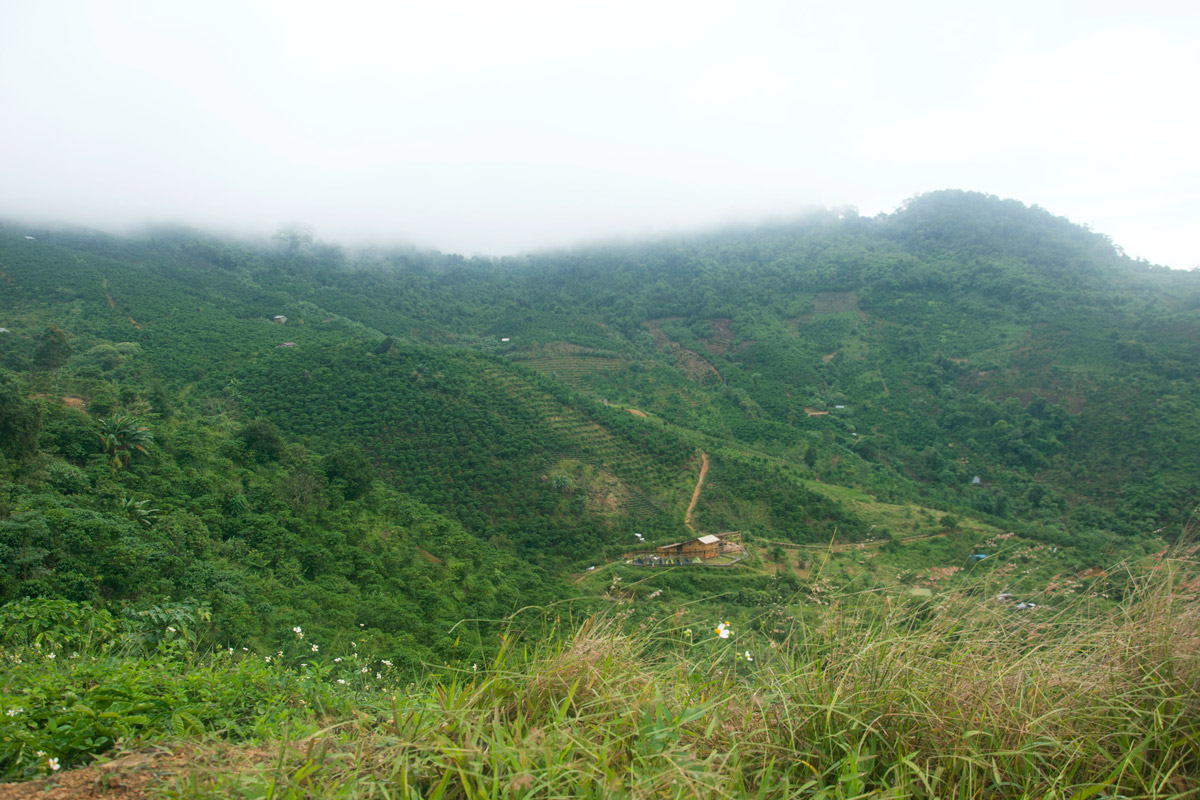 Close to the side of the road is a bush, looking a bit further to see the green mountains. 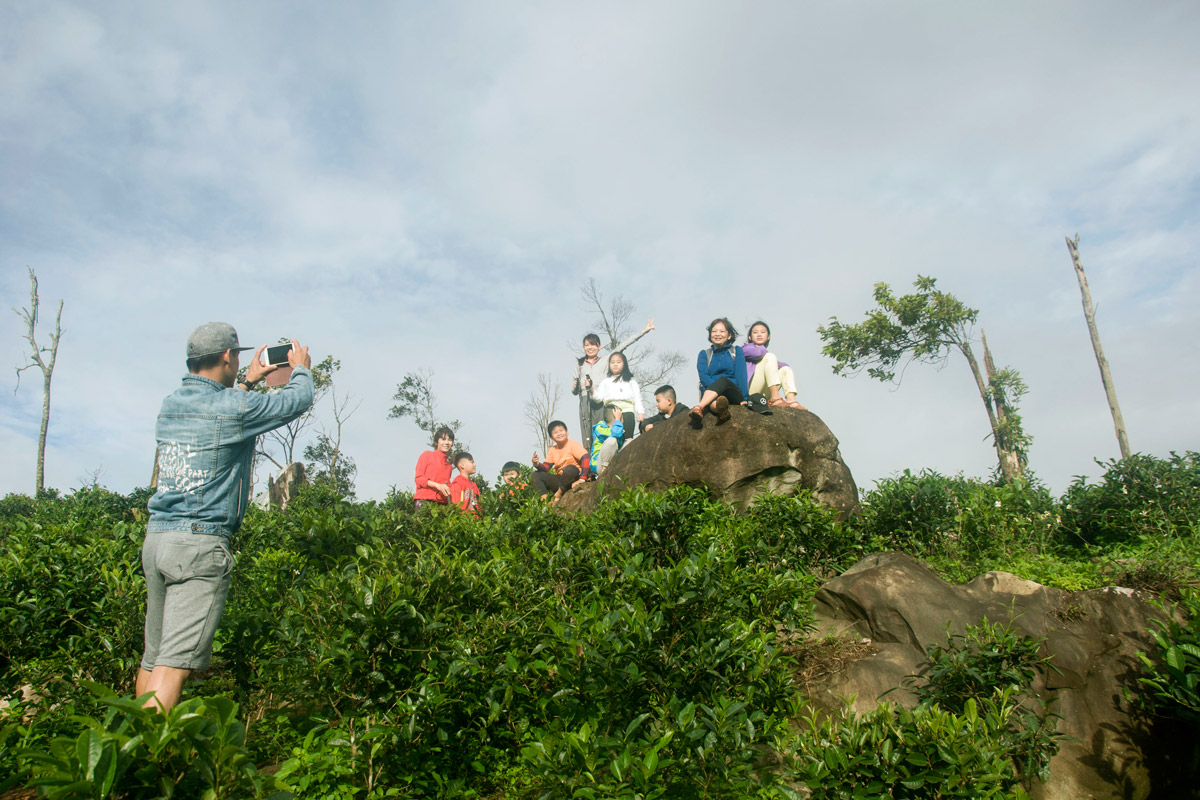 When you reach the camp tent halfway up the mountain is also about 5:30 pm. The lingering sun was enough to illuminate the whole group of hygienic students to change into clean clothes and to wash their shoes … The babies played around before dinner time in the remaining light of a clear clear day. 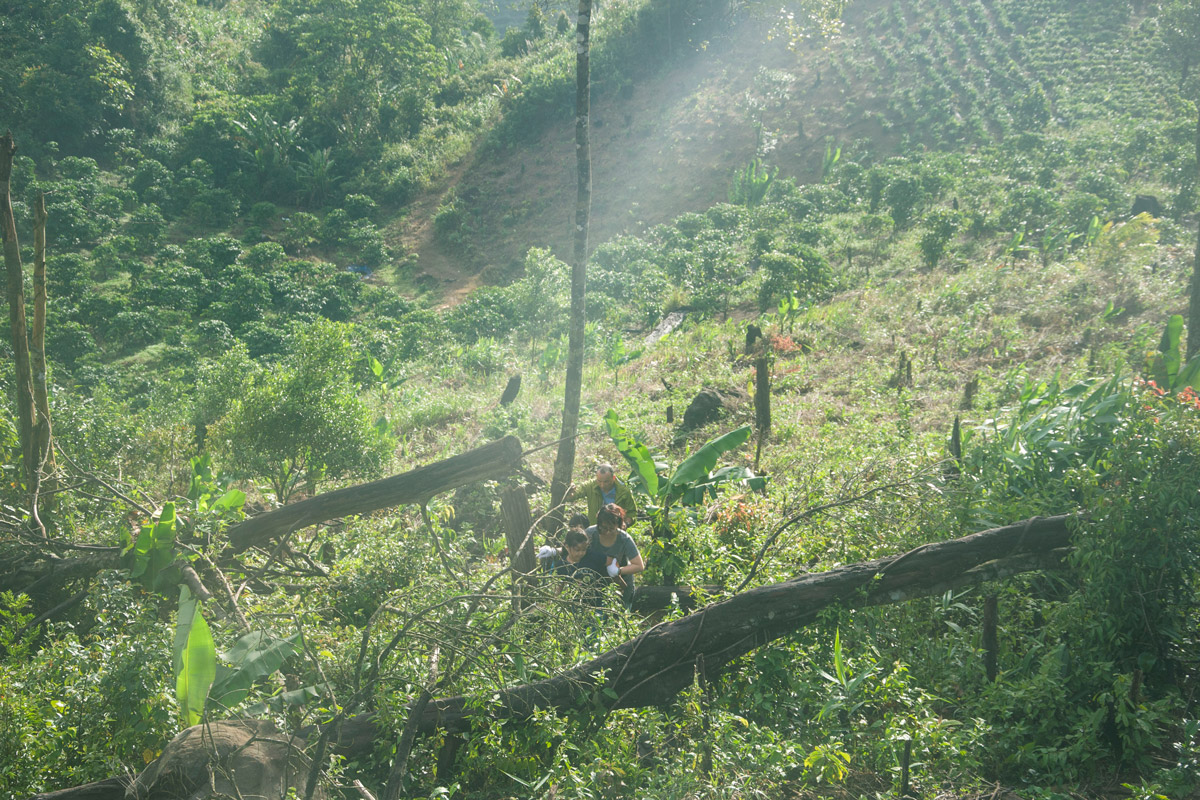 The team woke up at 6 am. By about 8 am, the delegation arrived at the top of the mountain. This part of the mountain climbing is no longer the same dirt track as the previous one. We crept in a way, inserted into the tea and coffee fields of the local people. 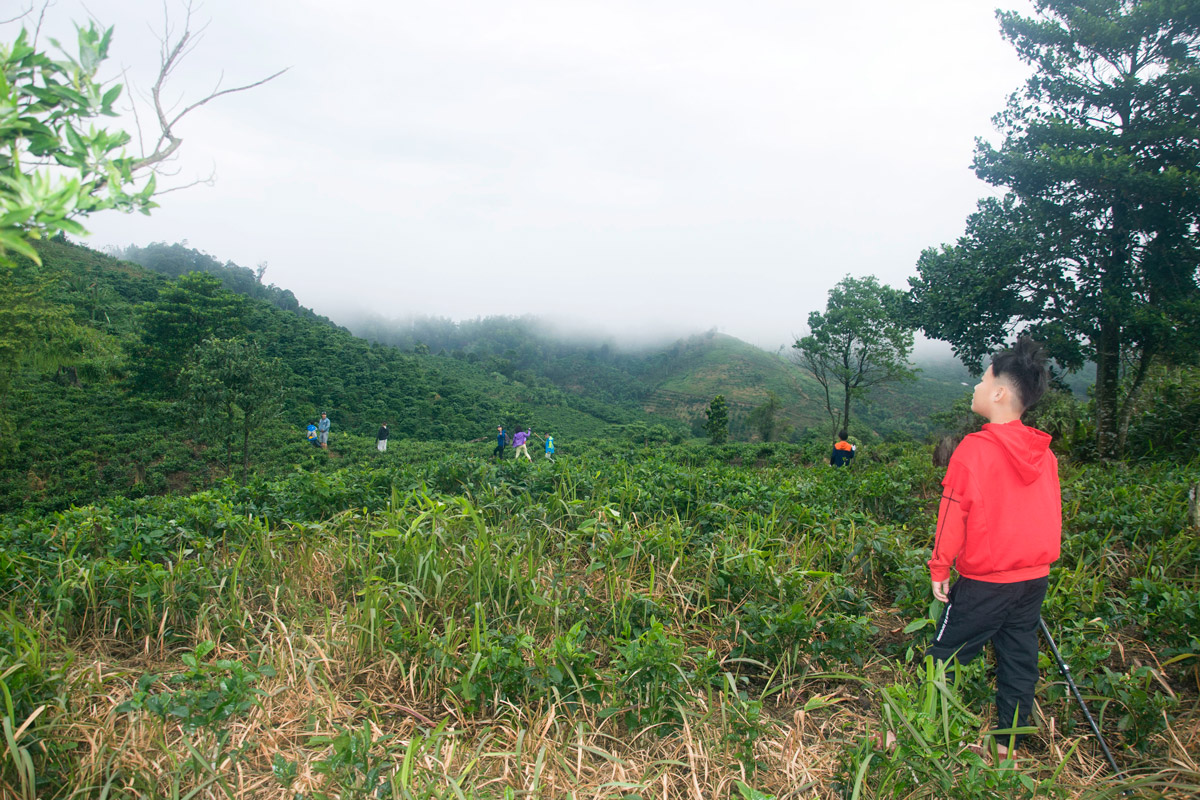 That morning a rainbow lit up from the nearby mountain top. People enjoy watching the great clouds with great distance flying over the peaks. After that, the delegation returned to the meeting point. After breakfast, the journey to the waterfall begins. 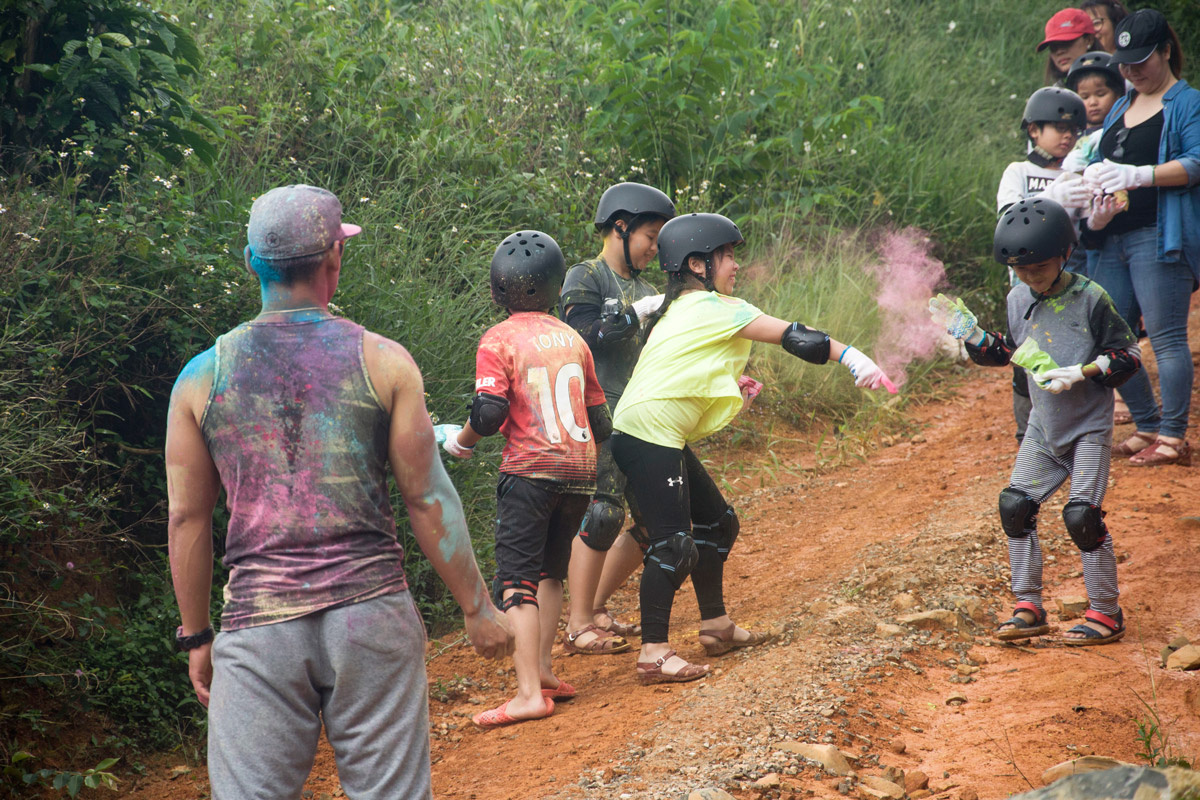 Along the way down, steeply round the loop to reach the lower waterfall, the children are “uncle Teo” playing the game of rainbow colors from the color bags (type for food). The game creates a lively atmosphere between the green space of hills and mountains. 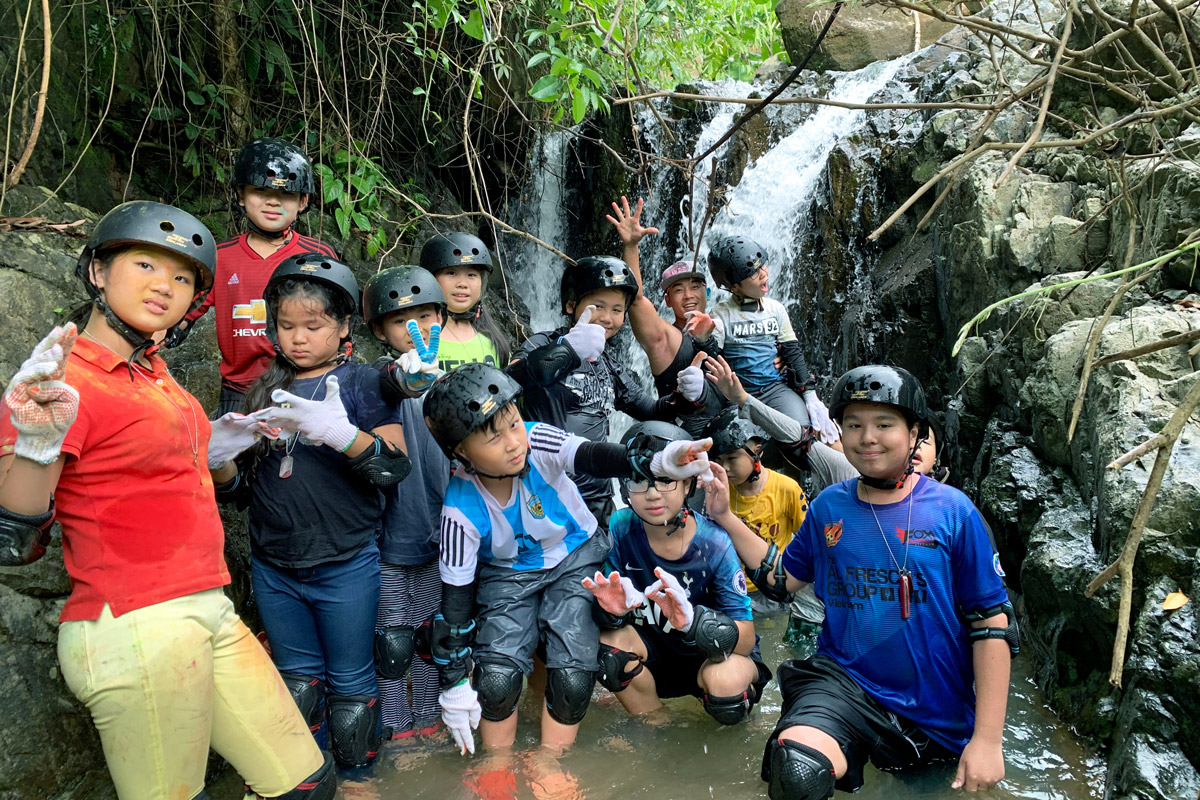 Touching the feet of the waterfall, the children cheerfully and immerse themselves in the cool water. After that, the children stomped on each stone and climbed up to the top of the waterfall. There were a number of falls and rocks that made small feet bruise, but they still felt excited. 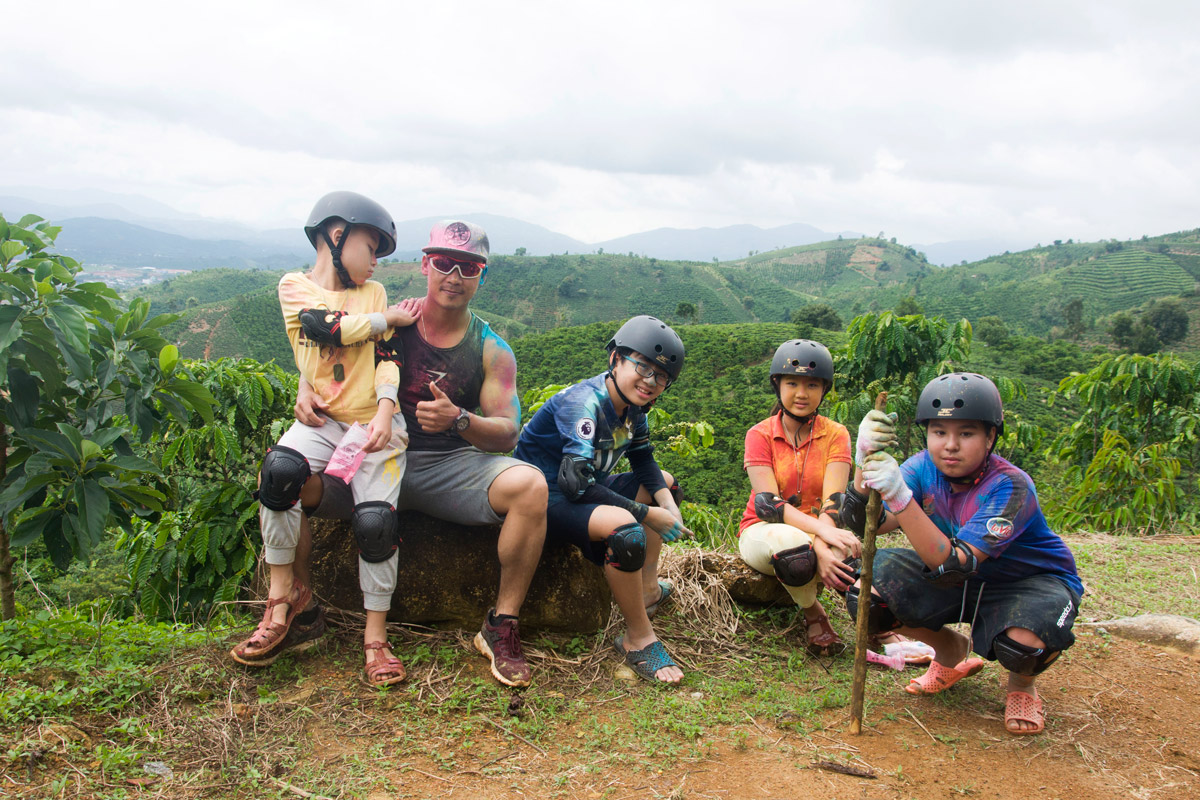 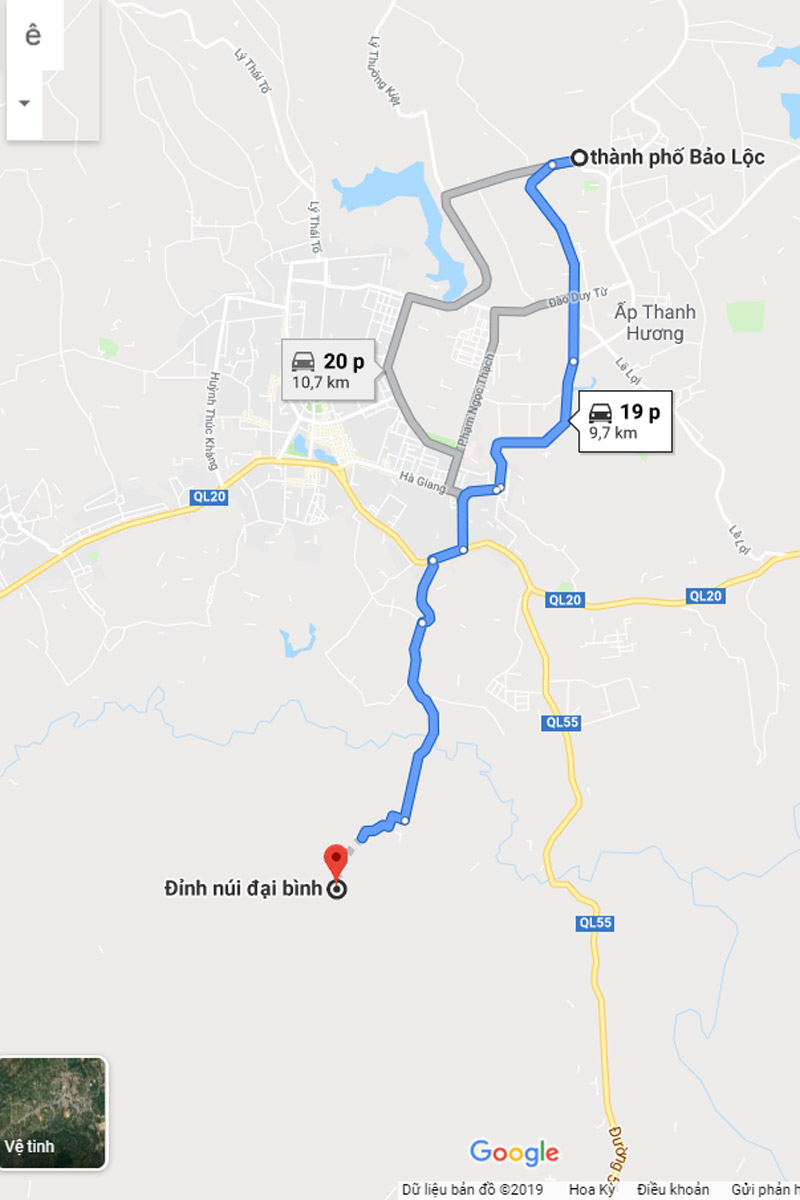 Tip: Many travelers recommend the best time to climb Dai Binh is in the dry season of the Central Highlands, which is from October to April next year. During this period, the sky is high, blue, dry and easy to climb.